ADCO in the Community

Gathering together to spread candy, give away bikes and share joy in an annual community event.

Every Easter, a group of ADCO team members get together to spread candy, give away bikes and share in a community event that bring together 500 children and their families in the City of Oakland.

This year’s annual Easter Egg Hunt took place at Arroyo Viejo Park and ADCO was proud to donate 10,000 pieces of candy and bring many employees and their family members to help volunteer for the event. The event was broken into three age groups, with the first hunt starting at 11am for the three-to-five year-old children. For the younger group, our team spread the candy on the concrete so the children could just run and grab as much candy as possible. The parents stood close by cheering on the children as they filled their bags, pillow cases and containers to the brim.

The next age group consisted of children from six-to-10 year-olds. It was hard work keeping these children behind the caution tape until the start of the hunt. One of our superintendents jokingly said, “This is more stressful than working my project!” To his point, when it was time for the children to start, our team had to run as fast as we could to get out of their way! It was such a blessing to see the smiles and excitement on the children’s faces as they grabbed every piece of candy. The last part of the hunt was designed for children over 10 years old. This one was more mellow, as the teens strategically picked the areas they were going to gather candy from.

Finally, ADCO purchased 14 bikes and assembled them for a raffle held at the event. The bikes were sorted by boys/girls, along with the various age ranges. The reaction of each child as they claimed their bike was priceless. Part of the culture here at ADCO is to care for people. We care about our employees, their families and the communities that we are a part of. We try to touch lives because we genuinely care for people and want to leave a legacy beyond our work.

“Ken, as usual it doesn’t seem like thank you is enough. Thank you and the ADCO Volunteers so much for your giving spirit and kind hearts. One mother literally cried as she looked at 3 of her children who won bikes—priceless! Thank you.” 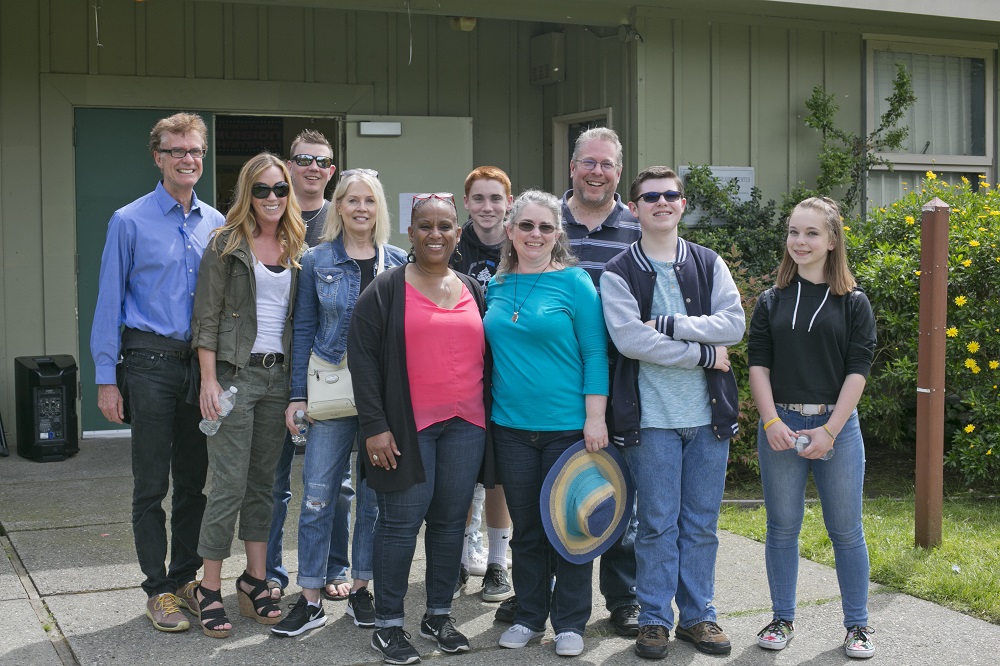 Adopting 1,000 Families for the Thanksgiving Holidays